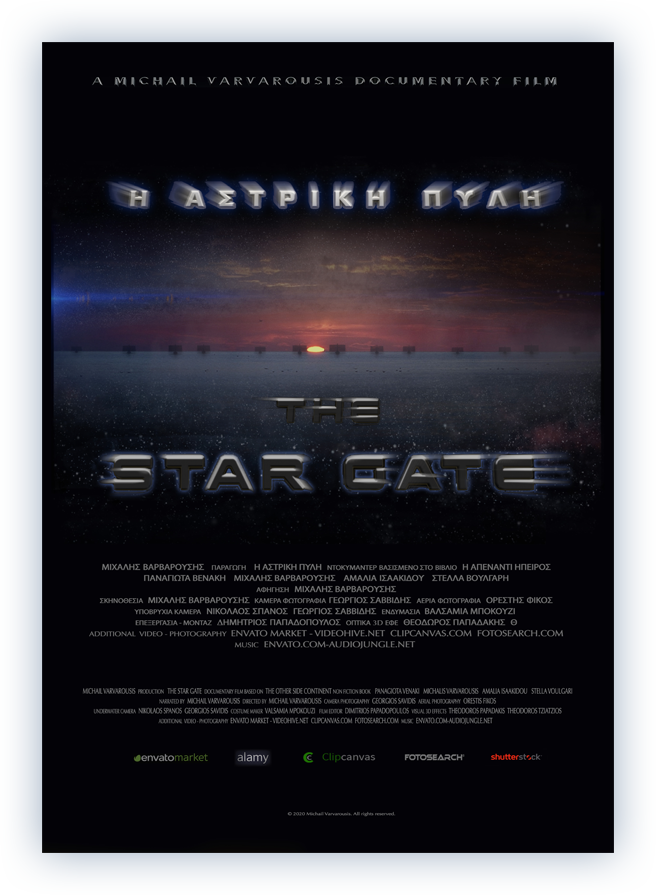 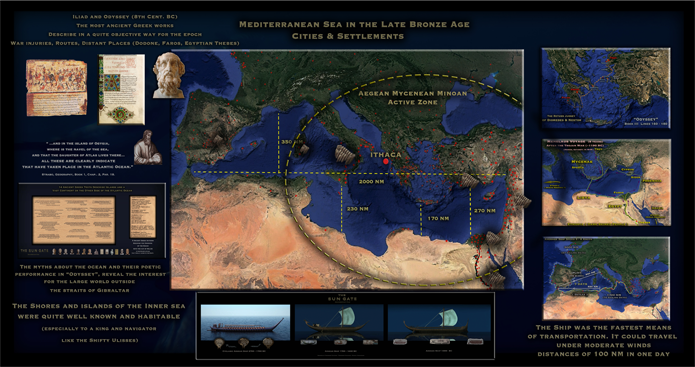 The shores and islands of the Mediterranean Sea in the late bronze age were quite well known and habitable.  Stories and myths like “Odyssey” reveal the interest for the large world outside the straits of Gibraltar. 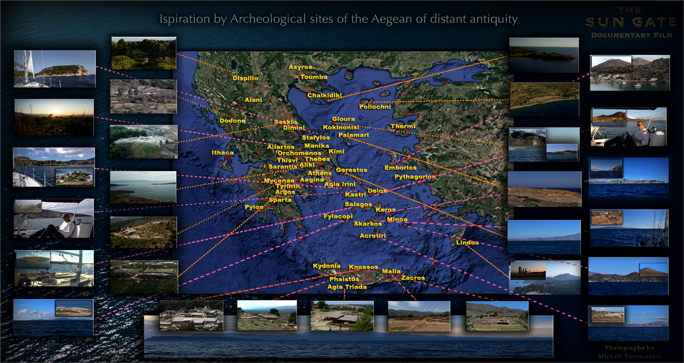 The densely populated Greek world of distant antiquity (Bronze Age) reveals a great cultural past that contributed to the formation of the Hellenic Mythology and also the richness of the Hellenic dialect.

“ Death concerned religions and philosophies, as the human nature did not want to compromise with a definite end ”.

The documentary would use all available means that were accessible, in order to transfer the results of the research.

Since the beginning of the 20th Century,  a series of archeological discoveries began to bring to light a great naval civilization, some of which cause great interest on a global scale.

The ship was the fastest means of transportation. The evolution in designs and the navigation capability was a great leap in the understanding of the surrounding world. 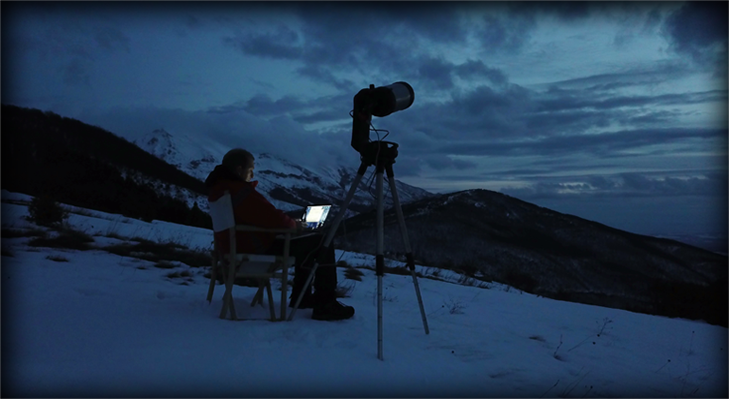 Earth and Heaven. The world around us has many levels of perception that sometimes appear opposite to each other, causing confusion in its understanding. 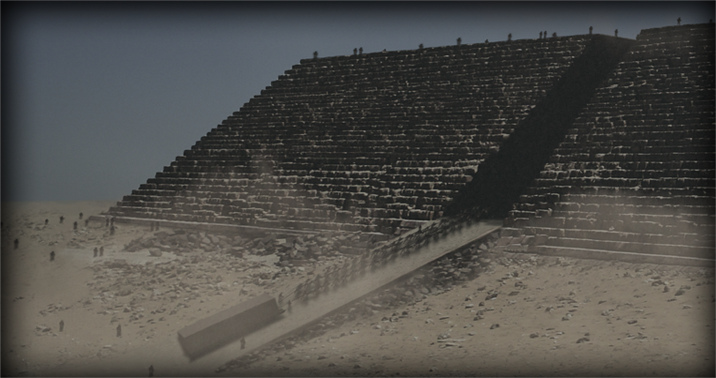 Human race would make incredible  achievements to seek answers for the great mysteries of life. The Pyramids of Giza in Egypt is one of the most representative examples. 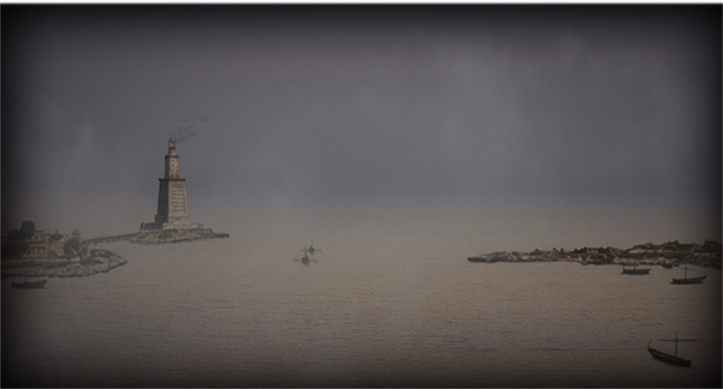 The expressiveness and harmony emitted by the ancient Greek statues reflect the cultural level of the people who created them.

The sailboat "Agia Irini" would travel more  than 20,000 N. Miles around the Aegean islands,  studying the relationship between civilization and the sea. 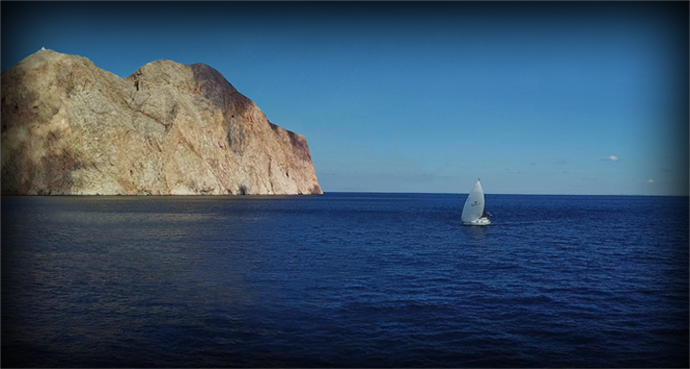 Modern scientific concepts such as the hyper-string theory give new interpretations of the phenomenon of life but also of the world in which humanity evolves. A vast wave sea of many dimensions.

The aquatic world of dolphins presents a view of life that copes with many dimensions. Emotional Intelligence.

Alexandria of Egypt was built by the Greeks near the island of "Faros" where Menelaus' fleet was landed in the previous era. The Library was the culmination of an effort to gather and evaluate the  knowledge of the ancient world in order to stabilize  and secure humanity on mature foundations. 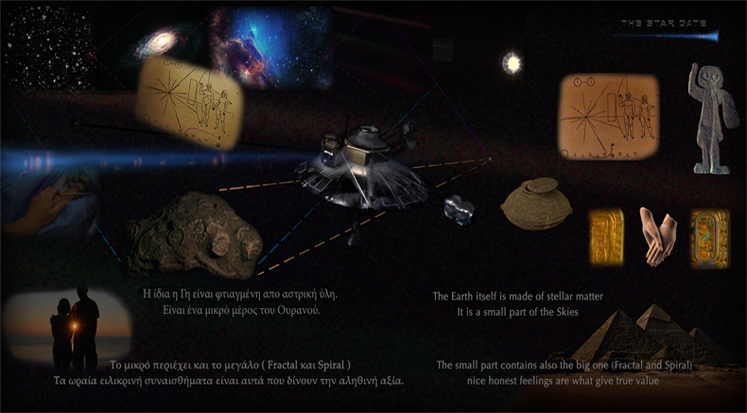 Over the centuries, the questions extended to more distant zones of perception. Nice sincere feelings and empathy regenerated a warm light in the heart creating a safe world for every human being. 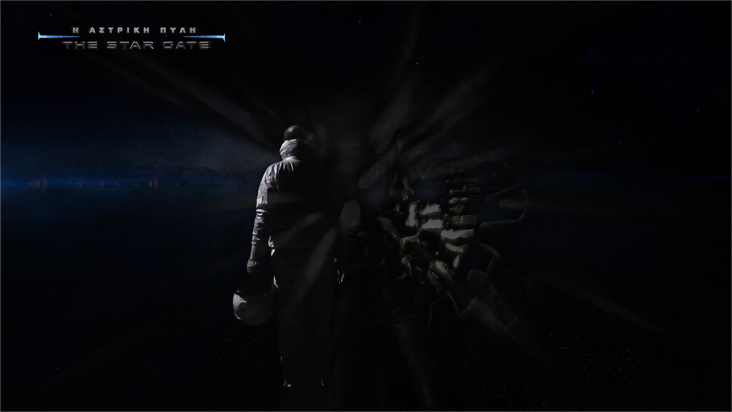 The second part of the film describes a modern mission beyond the known limits. It would detect other dimensions and would seek for authentic reference points, in order to collect data and meanings useful for the evolution of human civilization.